Royal De Heus is a Netherlands-headquartered company active in the production and sales of animal nutrition, concentrates and premixes. The company is active in 75 countries and among the global top-15 feed suppliers.

De Heus had the ambition to strengthen and grow its activities in Indonesia by optimizing the technical performances of its customers and cooperate with independent Indonesian farmers and processors. Within the broiler sector, the company earmarked 4 strategic growth regions, being Central Java, Cirebon and Sukabumi (both in West Java) and East Java. To fuel the strategy of de Heus, Larive provided key market intelligence about the Indonesia broiler sector, including an overview of the broiler market landscape, farming concentrations per region and key suppliers active in these regions, overview of the slaughtering & (further) processing segment and end-market dynamics. Larive furthermore conducted a competitor analysis and defined the critical factors for success for De Heus in Indonesia. Following, Larive advised on what business model to adopt, outlined possible scenarios and developed organic and inorganic growth scenarios. 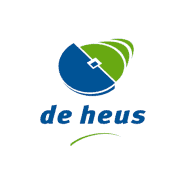