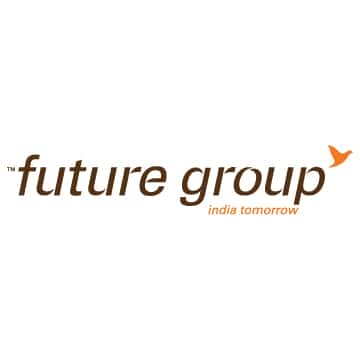 Future Consumer Limited (FCL) is an integrated food and FMCG company that has presence across sourcing, processing, manufacturing, brands, retailing and distribution of food products.

Future Consumer Limited
The company sources over 150,000 tons of agricultural produce from 52 centers across the country and offers a wide range of food and FMCG products through brands such as Tasty Treat, Fresh & Pure, Golden Harvest, Premium Harvest, Sach, Ektaa, CareMate and CleanMate. The company also operates extensive convenience store chains KB’s Fairprice and Big Apple in the cities of Delhi, Mumbai and Bengaluru as well rural distribution and wholesale chain, Aadhaar in the states of Gujarat and Punjab.

FCL, India’s first sourcing-to-supermarket food company by Future Group, is built on the virtue of sharing. Starting from the seeding of food at the farm to its consumption from the plate, FCL acts as a catalyst for each of its stakeholders. From sourcing, processing, retailing to final act of consumption – FCL strikes a widespread cord between the lives of the farmer, a factory laborer, a worker on the shop floor and the housewife.

‘Sharing’ lies in the heart of food in India. It starts at the farms where neighbors, kith and kin join hands in tilling, sowing and harvesting of crops. Women come together to further process and prepare food. Recipes are passed down as heirlooms, shared by friends and neighbours and now on television by celebrity chefs.
Under FCL’s spectrum, the company sources best quality commodities from the world over, comprises of extensive portfolio of established brands in food and HPC space, builds urban convenience store for key metros and cash-n-carry rural distribution models for other cities across India. (Integrated front-end to back-end)

India Food Park, Tumkur, Karnataka.
A one of a kind food infrastructure by FCL – India Food Park is changing the dynamics of the food processing sector. Set-up in partnership with the Ministry of Food Processing Industries, Government of India – this state-of-the-art food park facilitates end-to-end food processing along the value chain (grading, sorting, pulping, packaging & distribution) from the farm to the market. Equipped with world-class food processing units, 22,000-tonne storage capacity, cold storage unit and in-house pulping, milling, flouring, spice & dal units, the massive park is spread across 110 acre land in the Tumkur region in Karnataka. The park is a home for several food processing firms where India Food Park enables them to work through a single window system.

The vicinity of Tumkur region is surrounded by the districts of Kolar, Shimoga which are rich in millets, oilseeds, vegetables and fruits. The park will be beneficial for farmers as it avoids the hassle of reaching out to multiple vendors and selling the crops to single point of contact.

India Food Park is strengthening FCL’s existing line of established brands in the commodity and value-added space through better packaging, sorting and distribution. It is built with best line of facilities to foray into newer food categories such as branded fruits and vegetables, canola and rice bran oils, frozen and processed food products which are currently not produced in India.