Serveral newspapers alarm about dwindling fish catches and the growing demand for healthy fish in Kenya.

The catch of fish in Lake Victoria decreased by 25% last year, especially the wild catch of Nile perch and tilapia is falling. This causes poverty among fishers along Victoria Lake and oversupply of fish equipment. Fishermen are turning their boats into passenger transport vessels and are now targeting tourist interested in site seeing. They are tired of going on fishing expedition and returning with empty nets.

Since the demand for animal protein in general and fish in particular is still on the rise, the supply gap for fish is being filled by the import of Chinese frozen filleted tilapia. Chinese tilapia, which is discard fish that cannot be sold on developed markets, goes for Sh30 per kilo in the market. This is cheaper than locally produced tilapia which costs between Sh100 and Sh200 per kilo, but is small in size (200-300gr) and has a low quality according to experts. South-Africa has already banned the Chinese import.

Amid dwindling stocks and rising demand FoodTechAfrica believes in aquaculture as a sustainable solution. That is why we have been investing along the entire East African aquaculture value chain since 2013. One of our latest initiatives is the development of an aerated fish farming kit which enables farmers to grow large quantities of tilapia or catfish year round.

Keep posted about new developments at www.foodtechafrica.com or twitter. 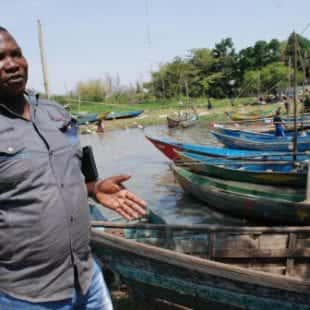