Developments in the Nigerian Automobile Industry

Nigeria remains Africa’s largest automobile market with an average annual growth rate of 3% over the last decade. Activities in the industry commenced around 1950 with the assembly of major brands such as Volkswagen, Bedford, Leyland, Peugeot and Steyr producing trucks and saloon cars in partnership with the Nigerian government which dominated the market till the 1980s.

A downturn in the economy together with high manufacturing costs led to a significant fall in production output with most consumers turning to foreign used cars as a result. In 2018, the Nigerian Bureau of Statistics (NBS) stated that there were about 11.8 million vehicles with less than 10% being manufactured in Nigeria.

However, since the inception of the ‘Automotive Industry Development Plan’ (NAIDP) in 2014, there has been a renewed interest in local production. Major car brands such as Nissan, Hyundai, Kia and Peugeot, in partnership with private companies, have commenced assembly and distribution in Nigeria. In 2020, the government commissioned $1 billion to boost local assembly and production. Moreover, in 2021 Innoson opened two new plants, expecting to produce 32,000 cars per year and create 1,000 job opportunities. At the moment there are 31 licensed producers of cars, trucks, and buses with a combined installed capacity of 205,000 vehicles a year, closing in on the annual vehicle demand of 720,000.

Recently, there has been a move towards the assembling of electric vehicles (EV), with the Hyundai Kona being the first model. Businesses are gradually adopting locally assembled EVs in their fleet, such as those from the Jet Motor Company, a Lagos-based assembly plant. But despite these achievements, there is no government policy yet to encourage the production of EVs or the investment in charging terminals.

The National Automotive Design and Development Council (NADDC) has stated its goal to make 30% of all passenger cars in the country electric powered by 2025, and in 10 years have 50% of all vehicles on Nigerian roads be electric and produced or assembled in the country. To further consolidate these goals, work on an Electric Vehicle Policy is underway, which plans to provide a set of fiscal incentives for both producers and users of EVs in Nigeria.

With an eye towards the future and in line with the plans of the NADDC, EV production and assembly is already being planned by some players like Metro Africa Express (MAX) which intends to deploy 24,000 electric motor bikes across its markets in the next three years. Also, JET Motor Company has claimed it can produce five to seven vehicles a day and can ramp up production to about 5000 annually.

All this culminates to a significant opportunity for EV manufacturers if the right steps and requirements are put in place by the government. Despite several challenges in the EV uptake, the efforts already taken have the potential to create opportunities across the power value chain for local and regional investors to develop charging stations and other infrastructure to support the use of electric vehicles.

Keen to learn more on the automotive industry and EV developments in Nigeria? Larive International and its Lagos based Larive Group partner Naijalink are specialized in developing and implementing market entry and growth strategies. Reach out to one of our colleagues! 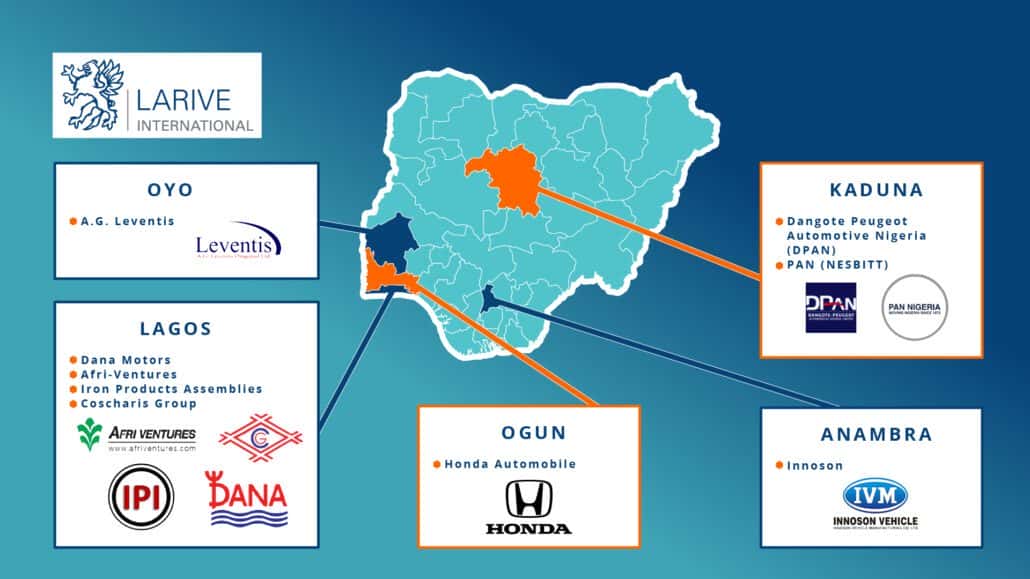 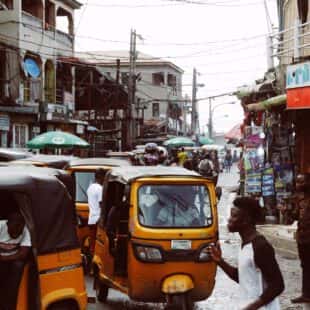 Activities in the industry commenced around 1950 with the assembly of major brands such as Volkswagen, Bedford, Leyland, Peugeot and Steyr.

Shaping the future of mobility in Bangladesh