This time we will talk about his interest in the automotive industry and a fascinating case in Eastern Europe.

Sjoerd: Welcome to your second take of Director’s Take, where we try to see what makes our directors tick. But first, why don’t you introduce yourself.

Matthias: Thank you Sjoerd. My name is Matthias Brienen, I work for Larive International, we are a Netherlands headquartered business development advisory firm which is specialised in supporting companies with entering and growing in high-growth markets. We focus on three geographies, Asia, Central Eastern Europe and Sub-Saharan Africa. Altogether we are active in 25 countries.

S: And what are we going to talk about today?

S: And why the automotive industry in particular?

M: Well, we as Larive are active in various industries, agro-food, automotive, and energy to name a few. And what we see in automotive is that supply chains are often quite extensive, there are many steps towards the final product. It is a very globalised and capital-intensive industry, a typical industry which is very interesting for high-growth emerging markets, and an industry which we as Larive have had a lot of experience in. And during the past two years, we had an interesting project in the Czech Republic where we served a French headquartered company named Plastivaloire and an American headquartered company named Filtration Group active in suppliers for the automotive industry which we supported in establishing their greenfield facilities in the Pilzen region. Plastivaloire, a supplier of plastic components had the ambition to serve German OEM’s in particular. And we had Filtration Group from the US, an expert in filtration solutions, which was also seeking manufacturing capabilities for the European market. And for both companies, and that is the unique project we have here, we were able to align their goals. Both ended up at the same industry park, which is in Pannatoni Pilzen West, where we established a 9000 square meter built to suit facility for Plastivaloire, and over 7000 square meters for Filtration Group under the same roof. So that is quite a unique project.

S: And how are you personally involved in the automotive industry or this case in particular?

M: We established a team, from both the Netherlands as well as the Czech Republic, which was involved in all steps of the project management. In this case, we had many steps occurring in parallel, starting from the initial ambition: “We as a company would like to establish manufacturing capabilities in Central Europe. Where to start, how to start?”. We guided the client, from initial site selection, negotiations, project management during the construction of the facility, but also recruitment, incorporation, attracting grants and incentives right up to the delivery of the facility. We are proud this project worked out and both companies have been operational since mid-2020. Our main role was in supporting these clients, keeping processes up to speed and making sure that the whole process was time and cost-efficient.

S: And what was the main lesson learned?

M: The main lesson learned from our perspective is: As you have many processes in parallel it is crucial to have a central coordinator who is making sure everything is aligned. Particularly with communication agreements with local suppliers, contractors, and suppliers of equipment. Thus, making sure that internal milestones are met.

S: And what does the future hold for the automotive industry in Eastern Europe?

M: What we see now, post-Covid, is that many automotive companies are reviewing their supply chains. The European market will remain important, both from a consumption perspective, end-users and consumers, as well as manufacturing. We have seen that, during the Covid situation, many automotive suppliers and companies and their networks were disrupted. So re-shoring, near-shoring will become more urgent for many of these companies. Central Europe and a region such as Pilzen or the Czech Republic will remain of relevance, due to their skilled workforce, their proximity towards other automotive-related companies, but also the European market. We expect this region will remain important by attracting new automotive projects in the future and many automotive companies will review their existing supply chains

S: Alright, thank you for your time.

M: It was a pleasure, Sjoerd. Thank you. 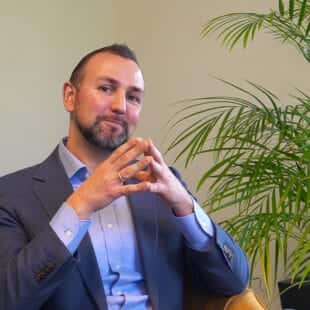 Matthias Brienen: ‘As you have many processes in parallel it is crucial to have a central coordinator who is making sure everything is aligned.’