Indonesia gears up for investment

By any standards, this was a hugely ambitious and high-risk agenda and not without its critics both at home and abroad.  The Omnibus Law, officially known as the Job Creation Law aimed to partially revise 72 laws including sensitive issues such as workers’ rights and severance pay, environmental standards and foreign investment in Indonesia that have been stuck in parliament for close to a decade.  After several intense weeks of Parliamentary deliberation and protests, Parliament speedily passed the Job Creation Law in October 2020 with it officially coming into effect on November 2, 2020.  Implementation of the law started in February 2021, with the President signing 41 implementing regulations.

The Job Creation Law will overhaul Indonesia’s investment climate and make it more attractive for foreign companies to enter.  Some of the key highlights include:

There is no doubt that the Job Creation Law will greatly improve Indonesia’s investment climate and ease of doing business.  We are already seeing a surge in foreign companies interested to set up operations in Indonesia since the Priority List was issued and this will only increase as improvements in the investment climate boost Indonesia’s economic growth. 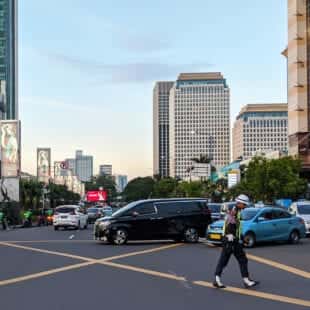 Unwilling to have his reformist agenda derailed by parliament, President Jokowi announced that instead of revising individual laws his Government would push to pass an Omnibus Law.