Guestblog by Peter Underwood:
North Korea (NK) has been in the news recently and we have received many enquiries from business partners, potential visitors and concerned friends. This memo is in response to these general enquiries. I want to reassure you that the situation in South Korea remains safe and stable.

Regardless of what hysteria there may be in the Western media, the situation here is absolutely stable and there has not been any change over the past months – even years. There are no exceptional ‘tensions on the peninsula’. People are going about their normal business.

There are undoubtedly risks associated with living in any jurisdiction in the world. Deaths from gunshots exceed 30,000 annually in the US, more than all but the most ‘hot’ war zones. The Middle East and Europe suffer from weekly terror attacks. Natural disasters also contribute to risk. The United States has just experienced two terrific storms in Florida and Texas. Mexico has suffered from devastating earthquakes. 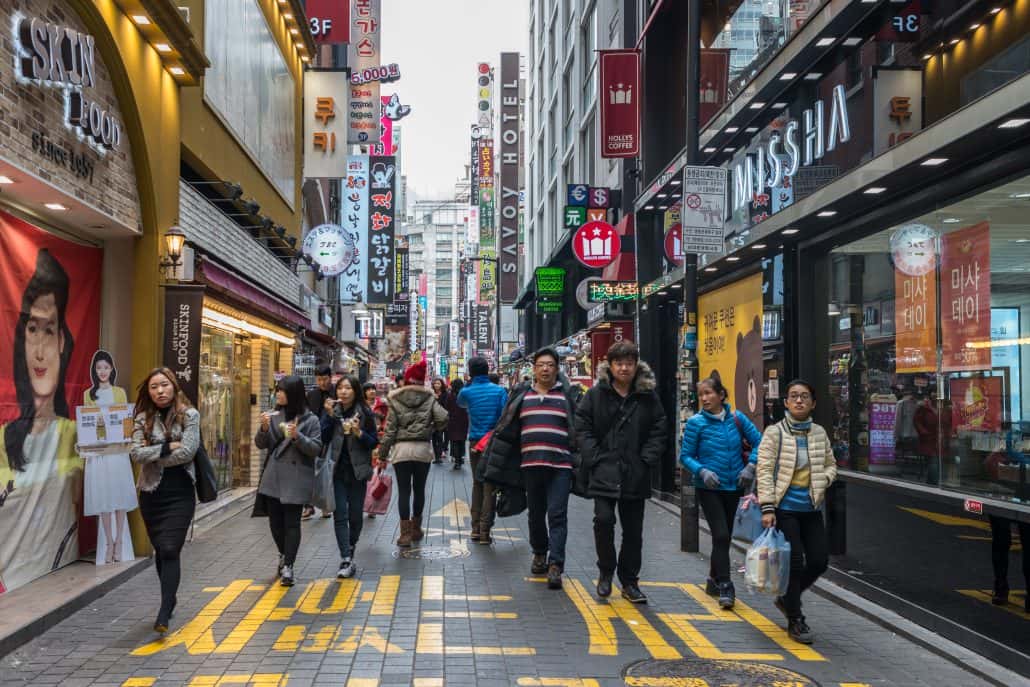 It is safer to walk the streets of Seoul late at night (even in an intoxicated state) than almost any Western city.

Overall, Korea is very safe. It is safer to walk the streets of Seoul late at night (even in an intoxicated state) than almost any Western city. Nevertheless, Korea has its own unique risk characteristics. NK has had the ability to obliterate Seoul for at least four decades through conventional artillery and chemical weapons. The successful completion of its nuclear weapons program does not change the equation in any meaningful way. NK is highly unlikely to deploy nuclear weapons against South Korea, a country that it claims as its own territory and that it has vowed to ‘liberate’. One CEO from a Fortune 100 company recently told me that his company’s security experts consider the situation on the Korean peninsula much more stable than in the past now NK has secured its own safety from US invasion.

Please visit the travel alerts for Korea issued by your home country relevant department or ministry. There are no outstanding alerts with most reports reading “exercise normal caution”.

1. The leadership is crazy: North Korea leaders are often called ‘crazy’. Nothing can be further from the truth. They are highly rational and singular in their mission. They have stated for decades that their intention is to be a nuclear power. It is enshrined in their Constitution. Anyone claiming to be surprised by their commitment to nuclear capability has not been paying attention. The speed with which they have achieved their development is impressive, but they are, after all, Koreans (who have demonstrated significant capabilities in science & engineering).

2. People are starving: Another myth is that North Koreans are starving. It is true that at least several hundred thousand people starved to death in the mid-1990s from a combination of poor management, lost support following the collapse of the Soviet Union and several consecutive years of disastrous floods. However, while the country remains very poor and food is not plentiful, starvation has not been a phenomenon for over a decade during which the economy has steadily been improving.

3. Everyone wants to escape: Another myth is that everyone wants to escape. A close childhood friend is an American academic specializing in refugees who has carried out many projects on the China / NK border. His research suggests that more than 80% of North Koreans who ‘escape’ to China return back home. They are in China to earn money, trade or buy food to feed their family.

4. Information is strictly controlled: Another myth is that the NK government has a monopoly on information. That may have been true decades ago but now North Korean citizens closely follow South Korean TV dramas, K-Pop music and are increasingly knowledgeable about the outside world. They know that they do not live in a workers’ paradise. This change is dramatic and could eventually lead to meaningful change in NK.

5. NK is a communist country: The economic system of working for the state and receiving rations of food, clothing and other necessities began eroding with the famine in the 1990s and now the economy is largely unregulated capitalism. The central government is unable to feed or clothe the people so they are now taking care of themselves through free markets. A middle class is developing and people who work ‘outside the system’ are getting rich.

6. Citizens live in fear of the authorities: There is increasing evidence that citizens openly defy the government. If they get caught, except for the most heinous crimes, they can always bribe their way out of trouble.

7. Nuclear weapons are preparation for war: NK’s army is a sham. Although there an estimated 1 million soldiers, they are essentially indentured servants. They are effectively conscript labor for government projects. They would be totally unable to defend the country. NK needs WMD as it is the only serious military option they have. They have seen the results of hollow promises that the West has made to convince Libya, Iraq and perhaps others to give up nuclear weapons.

There is no solution:

The sad truth is that the only solution to the problem of NK is regime change and the US has a very poor record of shepherding regime change. The only successful regime change anywhere in the world is one that is brought about by the efforts of its citizens (no guarantee there either) and that is not about to happen soon. Successive US administrations have not had the knowledge, patience, sophistication or interest to foster regime change.

In NK, the access to international news and outside information may eventually lead to a change but it will take time. The obstacle is that no one in NK with any power to bring about change will be the beneficiary of that change.

In short, there is no solution to NK that is within the control of the outside world. We cannot threaten or bribe their leadership to change (to commit suicide). NK will develop (has already developed?) nuclear weapons and we cannot stop them. Any military attempt to stop them would be devastating to South Korea and the world. The best prediction (most likely and least painful) is status quo for the years to come. Perhaps the best course of action for the West would be to bombard the North Korean people with information about the world, the infinite possibilities that await them, and that they do not need to live in poverty and suffering. Give them hope. 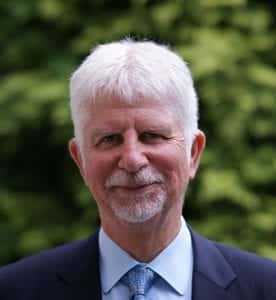 IRC has been active in South Korea since 1985 and represents the Larive Group in South Korea. Together we support our clients with business intelligence, market entry and growth strategies, implementation, post-entry services, Public Private Partnerships, grants and finance. IRC does not only support companies that first enter Korea, but also companies trying to align performance of Korean operations with expectations of the parent. 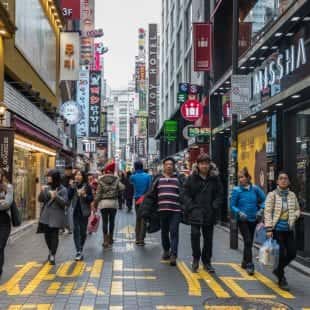 Delegation from Myanmar poultry sector to visit the Netherlands