Blame it on the Chinese partner! (or?)

When pointing at someone – there are three fingers pointing back at yourself!

These days – in the midst of the ongoing trade war between China and the USA – my company Asia Base is assisting no less than 4 (four!) European clients in establishing joint venture companies in China, simultaneously. It has been quite a while since our activity level in exactly this field has been this high and you may ask: “Is this because of forced technology transfer?”… The answer is no. Truth is, it’s coincidental. But “forced technology transfer” is a hot current topic in and by itself with a lot of misunderstandings and nonsense around it, so let me address this in my next article – stay tuned for that. The four joint ventures that Asia Base is currently working on are simply “joint ventures as usual”. Straightforward business opportunity driven joint ventures. The words you are about to read are written in their honor.

Life and death of a foreign joint venture in China

Some time ago I spoke at this China-themed business networking event. The bound topic I had been given up front was “My most important learnings from 20 years of establishing foreign joint ventures in China”. A topic I didn’t feel too happy with. Outdated, I thought, and already watered out by so many over so many years. Right before I got on stage, another foreigner, Frank, presented a case headlined something like “Life and death of a foreign joint venture in China”. He shared his learnings about how the Chinese partner had been unable to understand what he considered even the most basic important features a company should have; good quality, knowledge about how products should be sold, ability to manage a company… A good storyteller with a great sense of humor Frank explained how the Chinese in his view had disregarded the joint venture agreement and gone their own way. His last words were: “… but of course, when you point a finger at someone, there are three fingers pointing back at yourself”.

Taking over the floor from Frank actually wasn’t easy. He’d had the audience mesmerized, so I decided to take a gamble and make an improvised address of “those three fingers”.

I knew that had it been the Chinese partner who had had a chance to talk about what went wrong in that joint venture, the audience would have learned a different side of the story. One that deserves to be told too. One that in my personal view would address at least six root causes of problems between foreign and Chinese joint venture partners.

I normally defend my fellow Westerners, but at this event I was in the mood to provoke a little. I asked Frank (whom I happened to know well and knew would say yes) for permission to address the Chinese side of the story as it most often unfolds with him as a role-play participant. He then joined me in a lighthearted testimony, with me posing as the Chinese joint venture partner:

Chinese joint venture partner: “The foreigners didn’t understand that quality doesn’t mean it needs to be perfect. Replacement rates in China are fast, Chinese vendors provide fast and cheap repairs, and price is far more important than anything else. The market doesn’t care much about cost-of-ownership, people don’t plan that long. And by the way – our Chinese quality is not bad. We just don’t want overkill. To be competitive in the market you need low prices – and that requires low costs!”

Foreign joint venture partner: “The Chinese didn’t understand our Western quality. They wanted to produce crap. They had no idea of the concept of “cost-of-ownership” and tried to save money on everything. They wanted to sell our products far too cheap.”

Chinese joint venture partner: “The foreigners didn’t understand that “speed is king”. The Chinese market is forgiving when it comes to flaws on newly developed products and accept that repairs are needed along the way, as long as the product is fast-to-market and the price is low. We can’t wait for their slow decision processes abroad – otherwise this joint venture would go bankrupt very quickly.”

Foreign joint venture partner: “The Chinese had unrealistic expectations of speed – they wanted to put products into the market before they were finished and tested. We would have ended up with a lot of complaints and loss of our hard-earned reputation if we had accepted that.”

3. Chinese versus foreign marketing and sales

Chinese joint venture partner: “The foreigners were naive in regard to the Chinese market. They refused to set a low competitive price and did not allow us to use our normal and generally accepted ways of developing and maintaining personal relationships.”

Foreign joint venture partner: “The Chinese were incompetent – they didn’t understand how our products should be marketed.”

4. Chinese versus foreign perception of the level of technology demanded by the market

Chinese joint venture partner: “We didn’t want to lose a business opportunity. If we hadn’t grabbed it, it would have been lost to another Chinese competitor. Our joint venture contract wasn’t appropriate for the actual situation, so we just acted according to what we thought was common sense.”

Foreign joint venture partner: “The Chinese were dishonest, exceeded our defined territories, did business besides the JV and didn’t follow through on board decisions.”

6. Chinese versus foreign attitude to foreign management in a Chinese company

Chinese joint venture partner: “The foreign manager favored the other foreigners in the company and bypassed our Chinese management when communicating home. The foreign manager did not understand what was going on in the market or even inside the company. He spent too much money on expensive people, just because they can speak English. Foreigners are too expensive, work too little, and are not sensitive enough to Chinese culture.”

Foreign joint venture partner: “The Chinese had no idea of how to manage a company to international standards – they overruled and bypassed our foreign manager.”

Together Frank and I had the audience reflecting for a minute over the hypothetical situation where a Chinese partner in a joint venture in Germany or Denmark or in the USA… telling all the Germans, Danes and Americans that things should be done the Chinese way there… The discussion that followed quickly pivoted in the direction of the old saying: “When in Rome, do as the Romans”.

It was great fun and although we never reached any conclusions as to what is right or wrong, we did end up having the whole audience reflecting on the issues we presented. Which was exactly the purpose of the whole exercise.

Sometimes a joint venture with a good partner in China is the perfect mode of entry. Just remain pragmatic when the inevitable frictions happen. Try to look at things from both sides. Joint ventures that will never have any problems don’t exist in the real world.

When you ask about what happened in fatal joint venture cases where dishonesty was a main cause of failure, it often appears there were alarm bells and signs that were ignored. Or at least, there was critical information that could have been obtained and understood up-front, by conducting simple inexpensive due diligence.

In my eyes, real failure is if you enter into a joint venture that was never meant to be. This is also to say; the joint venture didn’t fail… it was a failure all the way along from the start.

Get in touch with our Larive group partner for simple sparring if you are considering entering into a joint venture and are ready to conduct due diligence, draft a business plan, or sign a contract.
For more info, please contact Wouter van Vliet 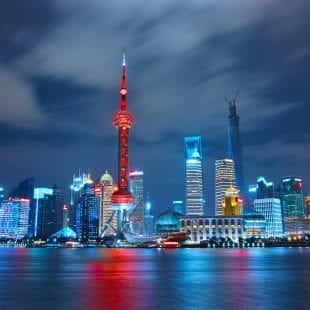