The goal of alternative proteins is twofold: to restore the protein disbalance in several countries, and to prevent this disbalance in other countries. The needs for sufficient proteins for future generations, as well as food safety and security for all, requires us to look beyond the traditional market of animal-based meats and dairy. Furthermore, the recently published IPCC report strongly underlines the importance of exploring non-animal-based products (or so-called ‘meat successors’).

By 2035, the share of alternatives in the meat, dairy, egg and seafood market is estimated between 10 and 22%, depending on technological advancements and the supportiveness of consumers. Consumption is expected to increase to more than seven times, leading to 97 million MT in 2035, to an estimated market of USD 290 billion. The European, American, and Chinese market are considered the largest markets. 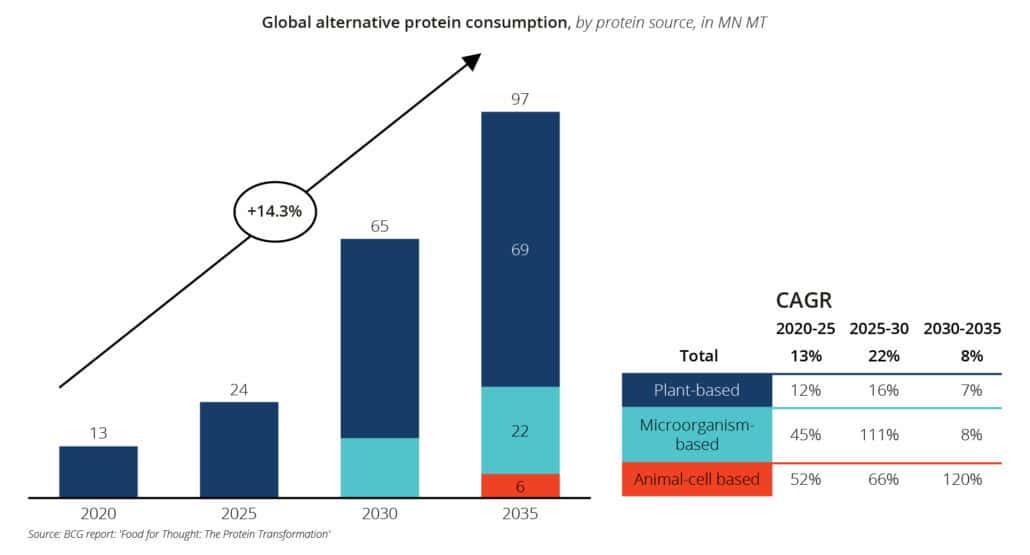 Although ‘meat/dairy substitutes’ is the most commonly used term, ‘meat/dairy successors’ is actually a better description. After all, we are looking to restore disbalance in protein consumption.

The Netherlands has been a ‘protein country’ for more than 150 years. As experts in this field of agrifood, the country’s skillset includes protein production, innovation, technology, and logistics. Combining these valuable experiences with the innovative expertise will allow the Netherlands to move into a new phase, whereby animal-based proteins and plant-based proteins are not seen as competition. To restore the balance, it is necessary to switch the consumer mindset from seeing meat as the norm and plants as the ‘alternative’, to perceiving plants as an equal to meat.

It is time to invite the ‘unusual suspects’ to the table when discussing the future of proteins. There are more and more examples of traditional meat producers looking into non-animal-based products: Vion with the ME-AT division, JBS with Vivera, even Unilever with The Vegetarian Butcher. It is important to discuss and shape the role for each of these parties (be it traditional or novel) in the new Dutch protein system.

On behalf of Oost NL, RVO, Topsector Agri & Food, Foodvalley NL, and NFIA, Larive International is conducting a sector study on the Dutch ecosystem of alternative proteins. The goal is to map the Dutch sector and its international ambitions, focusing on trade, innovations, and foreign direct investments.

In the alternative protein sector Larive has worked and is working with various Dutch and international SME’s and multinationals, including Agrifirm, Codrico, Danone, DSM, Heinz, InsectiPro, Mavitec, Nisus Food, Schouten Europe and Zwanenberg. 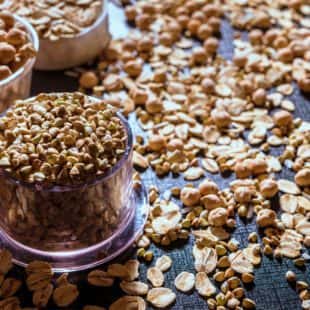 Our partner in India: Sannam S4