On the Regional Comprehensive Economic Partnership

As the world becomes more dependent on Asia, unforeseen events such as covid-19 affect global value chains and lead companies to rethink their manufacturing bases and supply chains, diminishing trade barriers is an important driver for economic growth.

Although the process has been slow, involving over eight years of negotiations, in November 2020, 15 countries signed the Regional Comprehensive Economic Partnership (“RCEP”). While RCEP is not the most memorable of names, this is simply put the world’s largest plurilateral trade agreement. And from the perspective of the participants, a victory for regional cooperation, most notably in times when regional trade is heavily disrupted.

The RCEP covers a market of 2.2 billion people with a combined GDP of US$ 26.2 trillion, combined with approximately 30% of global GDP. Members include the existing 10 countries making up the Association of Southeast Asian Nations (ASEAN), plus five regional countries with whom the ASEAN has free trade agreements, being China, Japan, South Korea, Australia, and New Zealand.

Some of the major developments within the RCEP framework include tariff removals and an unprecedented legislative framework. Estimates indicate that the RCEP will eliminate up to 90% of tariffs between signatories over the next 20 years, particularly as existing rules-of-origin provisions among ASEAN countries will be simplified. This means that intermediate goods can be sourced from any of the 15 countries represented in the RCEP.

The good, the bad, and the ugly

As always, opinions on the significance of this agreement depend entirely on whom you ask. Those with a critical view maintain that RCEP eliminates most interregional tariffs, but does so only over a period of 20 years after coming into effect. Also, politically sensitive products including agriculture goods(i.e. wheat, dairy, rice) are exempted by selected members, retaining high import duties for market protection purposes. Most importantly, all 15 signatories must first ratify the agreement, which is expected to happen in early 2022.

Thos coming from the positive angle explain RCEP is breaking ground in harmonizing the dissimilar rules-of-origin provisions in ASEAN’s existing free trade agreement and setting regional-content rules so that intermediate goods can be sourced from any of the 15 countries. Simply put, many products will need just 40% of their value to be added within the region to take advantage of lower tariffs.

According to research from the Peterson Institute for International Economics, the RCEP will raise annual global incomes by an estimated US$ 186 billion in 2030.

India withdrew from RCEP negotiations over worries that its domestic industry would be severely hit by Chinese imports. Although India and China individually already have bilateral free-trade deals with the ASEAN, they do not yet have an agreement with each other. India also feared that its dairy farmers will struggle to compete with Australia’s and New Zealand’s highly mechanized industries. This removed a significant partner from the negotiation table and deprived the agreement of some of its main market-opening benefits.

From China’s perspective, RCEP fit well with her intention to focus more on regional trade. China is increasingly doing business with its neighbors and is reducing its export focus towards the USA and Europe. This may pay off handsomely. For example, the percentage of tariff-free products traded between Japan and China is expected to increase from the current 8% to around 86%, and ASEAN overtook the European Union as China’s biggest trading partner in the first half of 2020. The RCEP is likely to allow for easier movement of goods and a more flexible regional supply chain emerging from China. Naturally, the elimination of tariff barriers amongst the RCEP signatories may also reduce costs. Such easing is expected to boost intra-regional trade over the next few decades, lowering operating costs for countries across the region and strengthening regional supply chains.

What does this mean for foreign investors?

For European investors, the glass is certainly half full. Naturally, the greatest worry is a displacement of European exports to RCEP members due to the preference margins accorded to the other signatories, known in economic jargon as trade diversion. Conversely, it strengthens the business case for local production in Asia, for local markets. Foreign investors active within the member states will benefit from regional free trade. Exporters to RCEP will benefit at the margin from the region’s higher income and – most likely – faster-sustained growth. In short, it warrants a closer look at your market-entry or growth strategy for Asia and reflects on the benefits from the region’s integrated value chains. 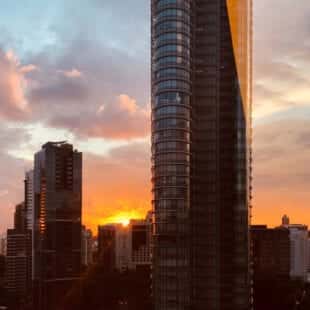 As the world becomes more dependent on Asia, unforeseen events such as covid-19 affect global value chains and lead companies to rethink their manufacturing bases and supply chains, diminishing trade barriers is an important driver for economic growth.

Webinar: ‘Opportunities in the aquaculture sector in Bangladesh’