This growth is encouraging, however, progress is unequally distributed around the world. Emerging markets are adding capacity, but the volumes are smaller than developed markets. More needs to be done to substitute fossil fuels and increase energy access to those currently under-served. That means, in order to meet the 1,5 degree Celsius scenario, the pace of renewables must triple while energy efficiency must double. Fortunately, the price of renewables has decreased significantly and is increasingly competitive with fossil fuels across the world.

In addition, there is sufficient capital in the world searching for net-zero investments. Investors are taking two strategies to reach net zero, either reducing or substituting the emissions. Both are often financed through sustainability-linked finance instruments which have a compound annual growth rate (CAGR) of 61% over the last 8 years. The volumes of sustainable debt issuance on an annual basis still make up a relatively small portion of the total debt market, but the $1.6 trillion in issuance in 2021 is significant to say the least. 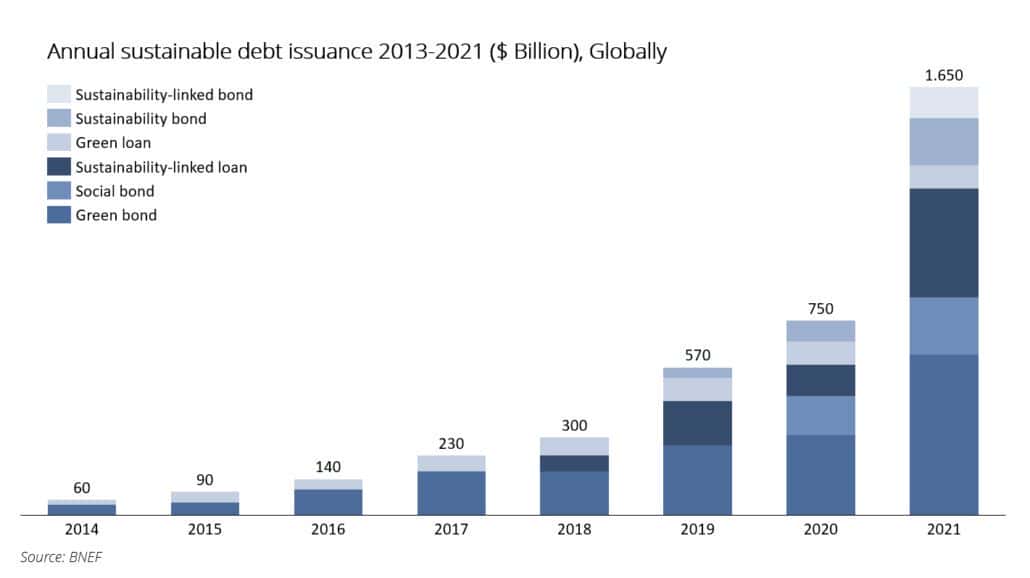 There is a lot of potential for renewables in Africa. Africa’s energy landscape is characterized by a rich, highly diverse range of energy resources, from hydrocarbons to renewable energy. Home to a fifth of the world’s population (around 1.3 billion people), Africa accounts for just 6% of global energy demand and 3% of electricity demand. Significant gaps remain in access to modern energy, especially in rural areas where less than 27% of the population has access to energy; and, except for the export of raw materials, industrialization and agricultural productivity lag. These factors have shaped Africa’s energy landscape. It is certain that this will change over the coming decades as the continent grows and develops. As such the demand for clean energy increases.

At current the Sub-Saharan energy mix still is relatively carbon-intensive, with coal and peat as the most important energy source, followed by natural gas – a relatively lower-carbon energy source. At almost 34 GW capacity by the end of 2020, hydro-power is the continent’s primary renewable energy source used for power generation, with sizable unexploited potential as Africa hosts some large rivers. In addition, solar is even more attractive as Africa possesses some of the globe’s greatest potential for solar power generation. IRENA (International Renewable Energy Agency) estimates the continent’s solar technical potential at 7900 GW.

Over the last decade, solar energy is the fastest-growing renewable energy source in Africa. Between 2011 and 2020, solar capacity in Africa grew at an average compound annual growth rate (CAGR) of 54%. Total solar additions over that period amounted to 10.4 GW. This growth is largely driven by utility-scale solar projects in Southern Africa, with South Africa accounting for most solar production on the continent.

In addition, there is a growing demand for smaller-scale projects in the 1-50 MW segment. Especially for companies and industrial areas, there are plenty of opportunities to develop solar projects. Power availability and stability are key concerns for businesses to maintain productivity. As such, there is a clear rationale for these types of projects to be developed. In addition, with a well-educated and young workforce, there is a pool of potential to adopt the skills needed to install and maintain these solar parks. Nonetheless, there are a number of challenges including financing these lower scale, increased-risk projects as well as the lack of an enabling regulatory environment. 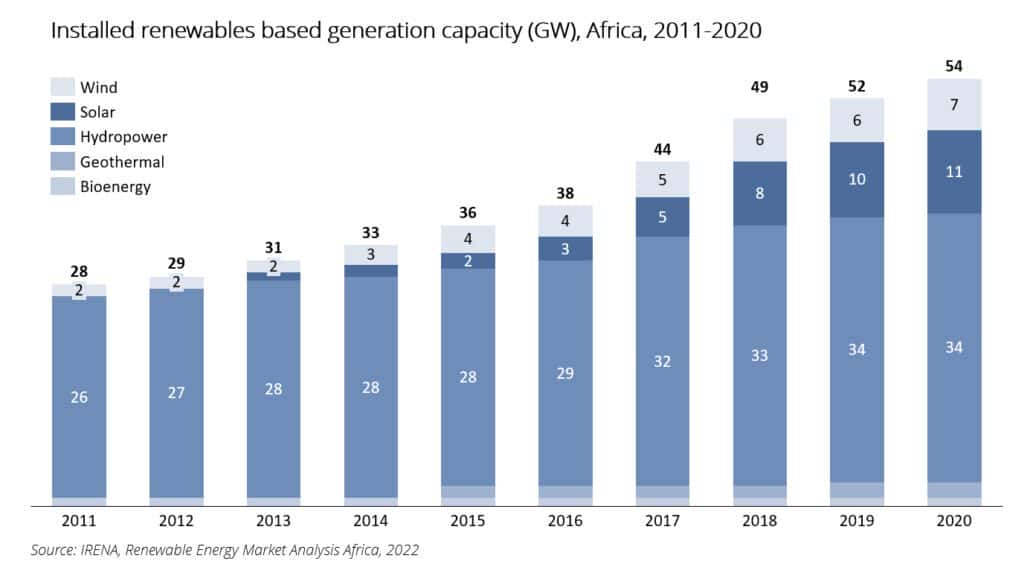 A large number of companies are eying Sub-Saharan Africa for new market entry to tap into the potential that the continent offers. As part of investment decisions, energy reliability is a constant factor of importance. With affordable, reliable, and competitive solar energy solutions, both in terms of generation and storage, this factor becomes an opportunity rather than a barrier. Larive supports its clients with strategic decision-making including answering the energy supply challenges by developing concrete plans to meet the energy demand.

Moreover, Larive develops best practices by integrating solar solutions in value chains currently under-served by utility-scale renewable energy. For example, in Rwanda, Larive developed and established a fish farm in 2021, which is powered via a solar system. A total of 120 panels (330 Wp) have been installed supplying 160 kWh/day, sufficient for the energy consumption of 7.5 kWh/hour required by the farm to produce 30 MT of Tilapia each year.

The business case for renewable energy is clear, ignoring climate change and its consequences is more costly than taking action. In Sub-Saharan Africa and beyond, solar energy is providing a huge opportunity as demand for (renewable) energy will grow. The private sector can lead the way to a sustainable energy supply both for industry and society at large. And it comes with plenty of opportunities as well.

If you would like to learn more on the opportunities, reach out to our colleagues Roelof Schuurman and Amber van Spronsen. 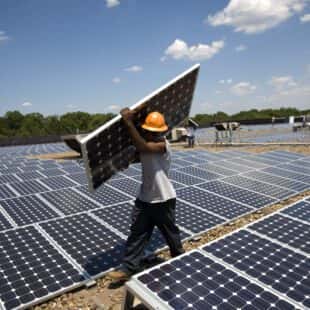 In order to meet the 1,5 degree Celsius scenario, the pace of renewables must triple while energy efficiency must double.