Since January 2016, the Deep and Comprehensive Free Trade Area (DCFTA) with the European Union finally became reality for Ukraine.  The implementation of DCFTA results in amongst others in reduction of import tariffs in Ukraine for the EU products. At the same time, Ukrainian exporters are obtaining  liberalized access to the EU market under autonomous trade preferences (ATPs) agreed  in the last two years.  For example:  some dairy producers have received permission to export their products to the European market.

According to the survey done by the Institute for Economic Research and Policy Consulting  thanks to the DCFTA 32.2% of the companies have already started to increase their exports to the EU market and 24.1% of companies reported the beginning of cooperation with EU companies. In addition, 14.7% of companies increased imports of goods.

For 2017 the economic outlook remains positive. Higher external demand is expected and a  significant increase in fixed capital investment. Consumer demand will be supported by real increases in pensions and welfare payments. Real GDP is forecasted to grow by 3.3%. 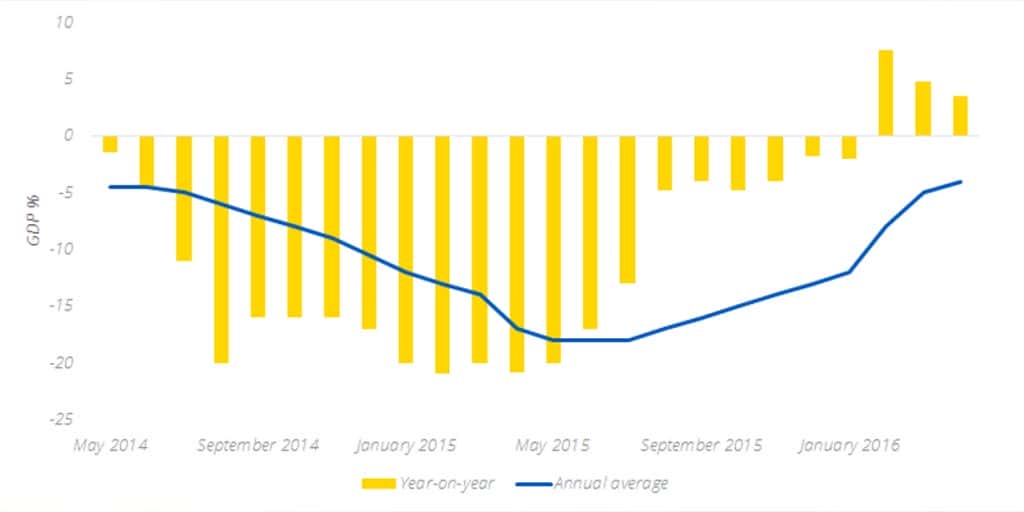 According to information from the National Bank of Ukraine (NBU), the balance of payments in May showed a surplus of 347 million dollars, whereas in the period January-May a positive balance of $ 29 million was recorded. In 2015 over the same period last year, the balance of payments had a deficit of 1,789 billion dollars. The Hryvna, Ukrainian national currency, has stabilized after the free float implemented in 2015. For the last 6 months it stayed in the range of 28 to 30 Hryvna for 1 Euro.

By the end of May 2016 for the first time in more than a year’s period of losses  the Ukrainian banks made collectively a profit of 2.1 billion UAH; 32 banks reported a total of UAH 1.3 billion and 74 financial institutions finished May with a profit of 3.4 billion hryvnia. Specialists of the NBU say that main sources of profitability of Ukrainian banks are the increase in interest income from loans granted to individuals, and the reduction of provisions for loan losses.

For the first 4 months of the year Usd 2 billion of foreign investment was made into Ukraine. However the majority concerned investments in the banking sector in order to recapitalize financial institutions, who suffered from the crisis.

Various economic sectors showed positive growth during the first 5 months of the year:

The agriculture Ministry has revised their plans in terms of export crops in the 2015-2016 year. The press service of the Ministry informs that in May the real export exceeded the predicted one.

For the time period from May 2015 to April 2016 Ukraine has risen in the ranking of the 20 largest suppliers of agricultural products from 8th to 7th place. 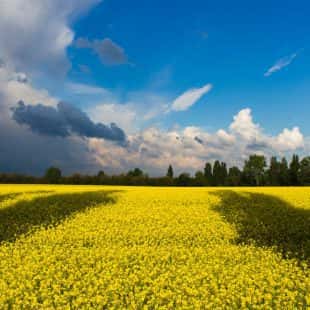 Opportunities and challenges in agri-food chains in India: Lessons learned by...