FoodTechAfrica’s strategic approach for the aquaculture sector in Tanzania includes constructing a demonstration farm showcasing best practice methods with a training facility on the farm. Thus, to help close the knowledge gap by providing vocational and practical training in fish farming to future farmers.

Bart Malaba and Wouter van Vliet were part of a FoodTechAfrica contingency who visited Dar es Salaam and represented Larive International, which is the implementing partner. The contingency further made up of the following FoodTechAfrica partners: Till Aqua, Viqon, Holland Aqua and Genap. The mission objective of the visit was to clarify the plan of approach for the country and to meet with farmers already active in the aquaculture sector in the Dar es Salaam region.

So why fish farming in Tanzania?

Like many African countries, Tanzania is experiencing a vast population growth and as such is the national demand for sustainable protein. The global per capita consumption is estimated to be twenty kilograms per person per year whereas consumption per capita in Tanzania is estimated to be no more than five kilograms per year. The country is mainly relying on inland fisheries from Lake Victoria (85 %) and marine fisheries (14 %) for supply of fish to the population. A mere 1 percent of the total production is currently derived from aquaculture.

Fish is a very popular dish in Tanzania, even more so than in the neighbouring countries. In Dar es Salaam 60 tons of fish is consumed daily. The bulk of the fresh fish sold on the market is transported from the Mwanza region around Lake Victoria and spends several days on the road before arriving at the final destination. More than often the state of the fish upon arrival is questionable, to say the least. This supply, nevertheless, has severely reduced over the last few years due to a drastic reduction of output from the lakes. With the dwindling supplies and losses incurred down the value chain, FoodTechAfrica plans to help ensure an adequate supply for the growing demand for animal protein in Tanzania with an innovative approach.

Aquaculture has become a buzzword and a hot topic in Tanzania and there has been significant interest generated in the sector. This interest, however, has yet to be translated into tangible development, partly due to the lack of investment, expertise in the country and an underdeveloped value chain. For a successful and sustainable approach in the aquaculture sector in Tanzania, a number of objectives are to be met among them; the transfer of knowledge and technical expertise, the development of the private sector and a focus on improving the aquaculture value chain.

So far, the Dutch embassy has held fruitful talks with the Tanzanian ministry discussing measures to help ease local production of fish in Tanzania. As it stands, barriers to the development of the sector exist in the current aquaculture policies or lack of. The Dutch embassy has made efforts to work together with the Tanzanian ministry to name the hurdles and move towards improving the conditions for local fish farmers.

The people and the fish farms

With the rainy season fully clutching Tanzania in its grips, we arrived in a hot and pouring Dar es Salaam. The agenda for the first day included a four-hour road trip to the south of the city to visit a tilapia farm along the Rufiji river. The long car ride gave us an excellent opportunity to “cross-examine” the owners on their insights to fish farming in Tanzania and on their vision forward for the Tanzanian aquaculture sector. In-between the discussions and fish related stories we were able to pause and admire the lush Tanzanian countryside moulded by the seasonal rains.

The farm was situated along the river a few kilometres off the main road and upon arrival we were warmly greeted by the staff happy to give us a tour of their farm. The tables had turned, and it was now the farm owners “firing” the questions. Our aquaculture experts were thoroughly yet pleasantly grilled on best practice methods and continuously asked for their opinions on the farm and how or what they would change if anything. A reoccurring phenomenon that would repeat itself numerous times in the days ahead as we continued visiting fish farms.

The following day we were graciously welcomed on a farm specialized in producing tilapia fingerlings. The fingerlings were sold to prospective farmers, keen on venturing into aquaculture, as well as established farmers active in the sector.

Over the years, the farm has managed to build up quite a reputation for itself among fish farmers across the Dar es Salaam region. In part due to their fingerlings but also their feed production. The scarcity of fish feed in Tanzania led the farm to produce and market its own brand of fish feed. Subsequent, they have become one of the very few suppliers of locally manufactured feed.

On our visit the staff running the farm comprised of a young and enthusiastic team including two young interns from local universities. The operations manager was a young lady who explained how difficult it was to get an internship let alone a job in the aquaculture sector in Tanzania. Most graduates, she explained, would end up in a very different line of work than that for which they have studied. A fact she attributed to the lack of development in the local aquaculture sector.

The enthusiasm for aquaculture was certainly evident on all our farm visits. What was particularly interesting to note was the fact that most of the individuals we met on the farms or who were actively setting up new ventures in aquaculture were young people.

We had the pleasure of meeting a young Sokoine University graduate experimenting with Recirculation Aquaculture Systems he had designed himself. His enthusiasm was contagious. His vision, he narrated, was to integrate solar technology in fish farming to compensate for the unreliable electricity supply in Dar es Salaam.

We also met a young man in his early twenties who, with the help of his father, had built a hatchery even the FoodTechAfrica experts were impressed by. Being a meticulous fellow, he ran his farm with a high degree of professionalism despite having no academic background in aquaculture. The former ICT systems developer quit his job and started producing tilapia fingerlings with the technology and fish strain provided by Till-Aqua, one of FTA’s partners.

Fingerling producers focus on tilapia as the demand for the variety is the highest. This was very evident given most of the farms visited were producing tilapia. One farmer, however, had stocked his tanks with catfish. This particular farmer had a thriving poultry business and only recently ventured into aquaculture. He was eager to scale up his production capacity and also start producing tilapia in the near future.

The farm visits were very helpful in forming a clearer perspective on the state of the aquaculture sector in Tanzania and we are immensely grateful for the manner in which the FoodtechAfrica team was received.

Our gratitude also extend to the Dutch embassy in Tanzania who made every effort to aid the FoodTechAfrica team on the mission. The Dutch ambassador was a great dinner host and the embassy team generously invited us to hold our meeting in their office in Dar es Salaam.

The trip to Dar es Salaam with the FoodTechAfrica team was a great success. If the enthusiasm for aquaculture witnessed in Tanzania is an indicator, then rest assured of a successful venture and great collaborations in the future with our friends there. Considering how small the aquaculture sector presently is in Tanzania, FoodTechAfrica hopes to collaborate with the current players in the sector for a positive impact on the entire country. The blueprint for Tanzania is drawn up and plans are underway for another visit to Dar es Salaam in the very near future. 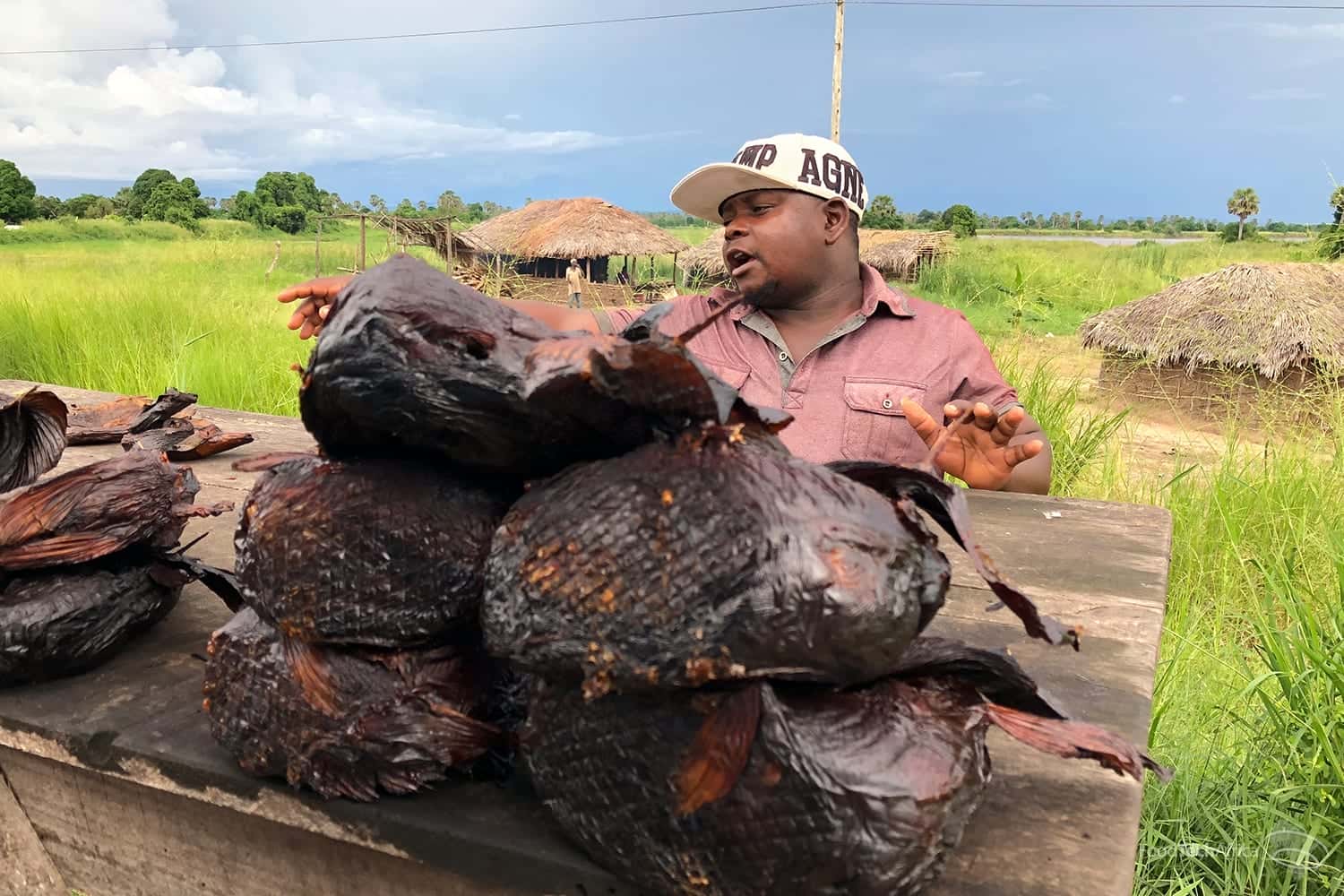 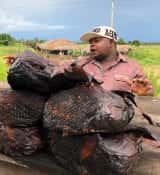 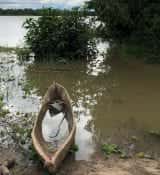 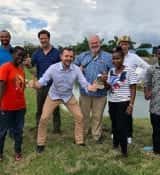 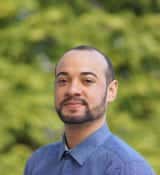 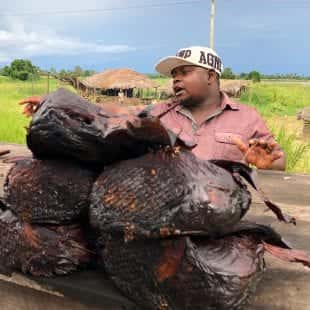